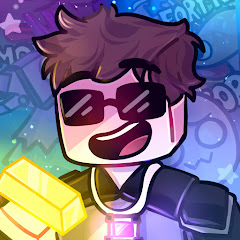 Adam Dahlberg (born January 17, 1993), known through his online pseudonym, SkyDoesMinecraft, is a Minecraft player who lives in Washington State.

Evident from his name, SkyDoesMinecraft focuses on playing Minecraft and he is famous for calling the Minecraft item gold ingot “butter” and hating the Minecraft squids. His Minecraft player alias is “SkythekidRS” because of the game RuneSpace that he was playing before Minecraft. With a bit over 12 million subscribers, Sky Does Minecraft is the nineteenth most subscribed YouTube channel and one of the most subscribed gaming channels on YouTube with more than 12M subscribers. Sky calls his fan base “Recruits” and often uses the phrase, "And I’ll see you later Recruits, byeeeee!...", to end his videos. Sky claims that his team, Sky Army is a (neutral) army, so it won’t attack other people if they don’t attack them.
Show more