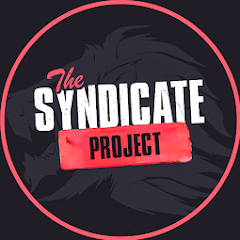 Tom Cassell (born June 23, 1993) or better known by his online alias, TheSyndicateProject or Syndicate, is a British internet personality, vlogger and gaming commentator. He is also known as the vice president of CSGOLotto.com, a gambling website for Counter Strike items. Tom also has his own clothing line, called SyndicateOriginal. It was closed for a year and reopened as a family run store in the UK and US.

He started his cool YouTube channel in September, 2010, which grew rapidly to be one of the biggest gaming channels on YouTube, with more than 10 million subscribers. Tom originally built his channel around Modern Warfare 2 and Halo, but with the release of Call Of Duty: Black Ops Zombies and Minecraft, he could further grow his fanbase. Right now he is 37th on the most subscribed YouTubers list, right under Yuya.Tom and CaptainSparklez were in close competition for the 3rd most subscribed gamer channel title, but CaptainSparklez ultimately surpassed them. However, Tom has recently gained more followers then CaptainSparklez, so the competition between these two is still fierce.
Show more