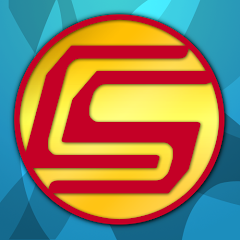 “I think we’ve all got a little bit of weird inside of us. It’s just up to embracing it.” Jordan Maron (born February 10, 1992), better known by his online alias, CaptainSparklez is a gamer internet personality.

He is famous for his Minecraft parodies where he changes the lyrics of popular songs to fit into the world of Minecraft. These parodies are all sung by his friend, TryHardNinja. Although he focuses on Minecraft parody videos, Jordan also posts gameplays of other games such as Happy Wheels, Agar.io, Portal, Left 4 Dead 2, Trials Evolution, Garry's Mod, and Call of Duty sometimes, often in co-op with other friends of his. His channel holds the record for the top three most viewed Minecraft videos of all time with his parodies like TNT with over 92 million views,Revenge with over 150 million views and (the most viewed gaming video on YouTube!), Fallen Kingdom with over 91 million views. Captainsparklez is a real Minecraft expert, let’s admit that! He is also the 35th most subscribed person on YouTube after reaching 7,000,000 subscribers.
Show more