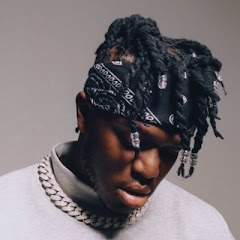 "I had no clue on what I wanted to do when I was younger, so I was pretty lucky with this YouTube thing.” Olajide "JJ" Olatunji (born 19 June 1993), better known by his online pseudonym, KSI, is an English comedian, actor, rapper and YouTube content creator.

Alongside music, he is well known after his YouTube channel which has more than 14 million fans and 2.8 billion video views. His channel mostly consists of FIFA gameplays and commentaries, (He calls himself the ambassador of FIFA) other gameplays, comedy sketches, having-fun videos and occasional vlogs.
Show more