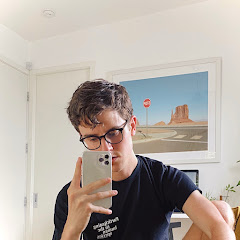 Born on September 12, 1992, Connor Joel Franta is an American vlogger, writer and entrepreneur. His self-named YouTube channel has more than 5 million subscribers.

Franta was formerly a member of YouTube group Our Second Life under the Fullscreen Network, but now he is an independent member of the Big Frame network. Franta has recently become involved in vast entrepreneurial enterprises, including music curation, a clothing line, as well as a lifestyle and coffee brand, called Common Culture. On April 21, 2015, he released his debut book, a memoir, entitled “A Work in Progress”.

After much inspiration, Franta uploaded his first video to YouTube in August, 2010. Since then, his channel became the 158th most subscribed channel in the world with more than 355 million views.
Show more