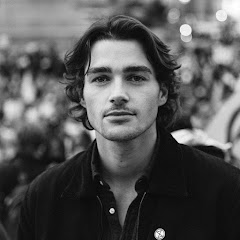 “Sometimes you need to step outside, get some air, and remind yourself of who you are, where you want to be.” JacksGap is a British YouTube travel channel found by identical twins Jackson Frayn "Jack" Harries and Finnegan Frayn "Finn" Harries(born May 13, 1993).

JacksGap was originally launched in July 2011 by Jack Harries during his gap year after he finished high school. The main purpose of the channel was to document Jack's gap year, before college. By September 2012 the site had 190,000 subscribers which generated enough advertising revenue to finance Harries’ travels in Thailand. After his brother joined the show, the views nearly doubled. In 2013 the show switched to 15-minute-long episodes about their travels in India, funding the venture with £20,000 from Skype, Sony and MyDestination. JacksGap attracts teenage girls in particular, with 88% of subscribers in this demographic. As of March 2015, JacksGap has over 4 million subscribers.
Show more