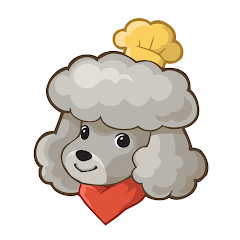 This is a Japanese YouTube cooking series, actually one of the most famous ones. It was launched on on September 9, 2007. The show features a Japanese woman, whose identity is completely undisclosed, due to privacy concerns, going by the alias "Chef".

She prepares the featured dish of the episode, speaking Japanese, while her pet poodle Francis (via voiceover) narrates the process in English, thereby expanding the show's audience. Originally the show was focusing on Japanese cuisine, but later it has expanded to include cuisine from other regions. With these extensions, the show gained increased popularity, going from a low budget show to a channel with over 1.1 million subscribers. Reviews have stressed the show’s simplicity and step-by-step approach. New episodes are uploaded each Friday.
Show more