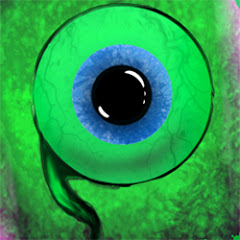 Seán William McLoughlin (born on 7 February, 1990), better known by his online alias, jacksepticeye, is an Irish game commentator, producer and content creator, known primarily for his comedic Let's Play series, loud and clear yet gentle by nature, and occasional vlogs.

In the beginning his videos were considered significantly calmer than his newer ones, which is the reason why he calls himself the "most energetic videogame commentator". McLoughlin started his YouTube channel in 2012, but his first great success came after winning a PewDiePie shout-out competition in 2013, when his channel started growing massively. He provides himself with a fictional partner and character, Sam, a green infected "septic eye" with a tail. His channel has over 11.7 million subscribers, over 5.1 billion total views, and is currently the 39th most subscribed channel on YouTube.
Show more