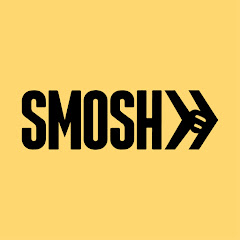 Soon afterward, they switched their platform to YouTube in 2005, and became one of the most popular channels on the site. Now the Smosh community has more than 22 million followers. Over the years the team began to diversify, expanding to include other staff-members to handle the animations, other languages, video gaming content, and more actors for the sketches. In 2006 they started making short series, such as Food Battle and That Damn Neighbor. The growth in popularity continued and they became one of the most subscribed channels on YouTube.
Show more