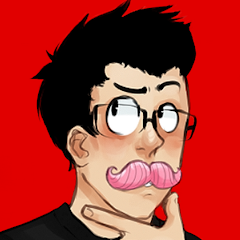 His YouTube channel has over 14 million followers, which is the 24th most subscribed channel on YT. Fischback’s show consists mainly from Let’s Play commentaries, indie games, survival horrors, action games. Mark likes to overreact the events in games. Her likes cursing, yelling, screaming, and even crying during his shows. His channels trademark symbol is a ping mustache (a reference to his alter ego, Wilford Warfstache) and his very own hair is coloured pink, blue and red. Mark is also best known for his caring for his fans. He often makes vlogs on various topics, to talk personally with the community. He often visits conventions such as VidCon and Comic Con, where he meets and talks to his fans.
Show more